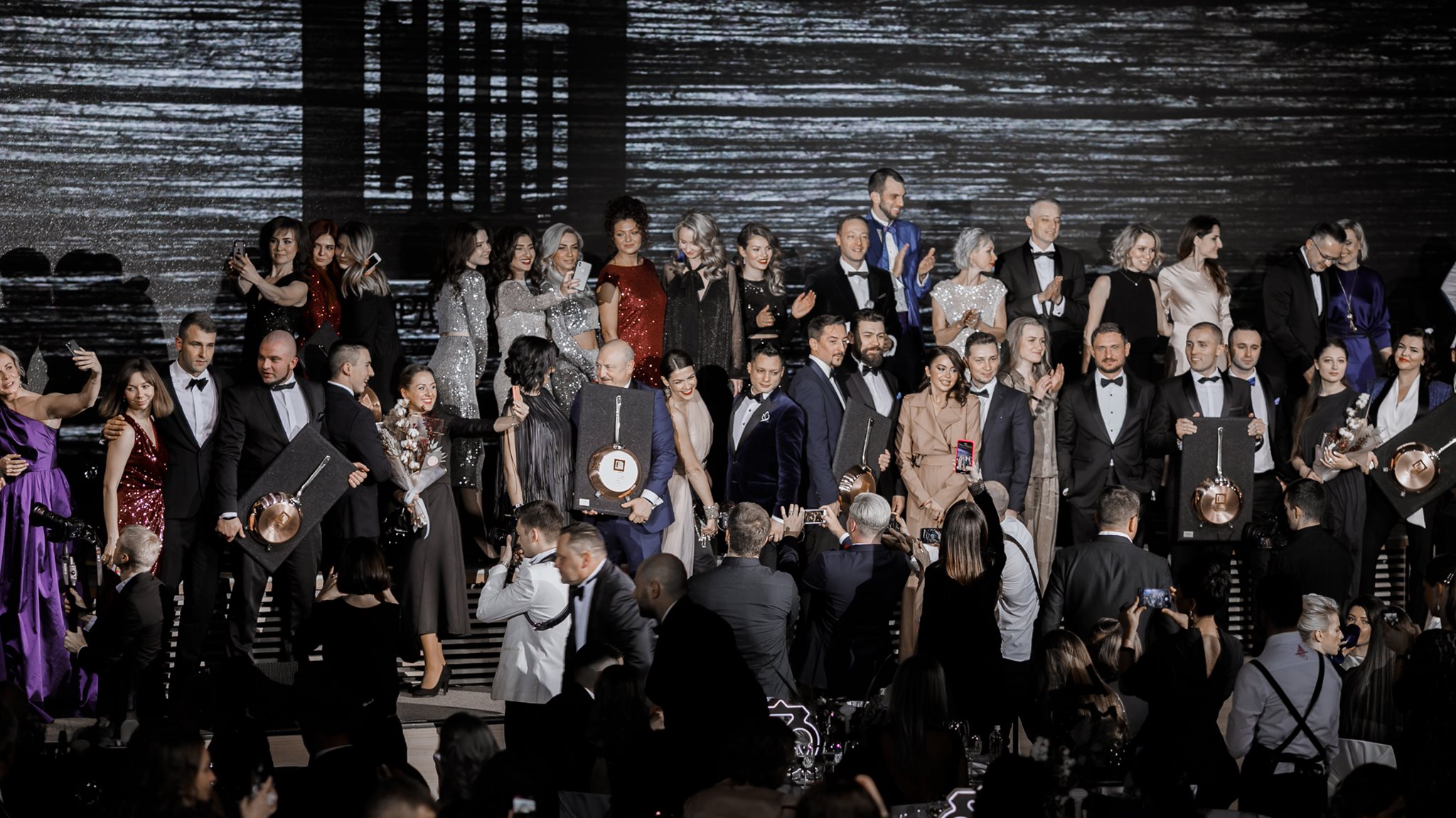 NATIONAL RESTAURANT AWARDS SALT® – the most important annual event for industry for  professionals and restaurant guests, who are attentively tracking Ukrainian restaurant business.

Despite obstacles, Ukrainian restaurant business is constantly upgrading. At the same time SALT® National restaurant award is growing too. Through the years of award existence there has been made a huge jump of quality.

Hoteliero company CEO Andrii Skipian has founded the award in 2013. Since the beginning, award organizers had a goal to consolidate national restaurant industry representatives.

For today the award has more than 2 000 nominee a year! Restaurants, bars etc. claim for the title of the best in one of 18 nominations.
The list of nominations has yearly review due to industry renewals and previous year’s team experience.

The mission of the award stays the same through the years. It is Ukrainian restaurant industry development, commitment of the best representatives and formation of high-quality guidelines which line others up.

The objectivity of SALT® national award is guaranteed by continuous accompaniment of auditor company Grant Thornton. It has been founded in 1924 and today it is one of the top independent audit companies in the world.

Jury of SALT® National Award consists of top-level professionals of Ukrainian restaurant industry: previous years restaurant-winners representatives, restaurateurs, executive chefs, sommeliers, executive bartenders and influencers.
We make the Jury Concilium appointment 3 times a year. On this appointment Jury members and auditor company representative discuss the methodology of the award, define finalists and vote for the winners.
6 months of visiting final list restaurants are always ahead of the final voting. Each finalist-restaurant is visited 4 times by different Jury members. As a result, there are marks due to functional methodology by criteria: kitchen, atmosphere, specialization, and service. The evaluation always runs in personal workrooms of Jury members, where only members and auditor have an access.
Organizer of the award with auditor do final voting count and keep it confidential until the announcement.

Our partners and their support are irreplaceable part of the award. We proud of the team like this because there are leaders of the restaurant industry within partner-companies.

At the end of a year there takes a place pompous ceremony of rewarding best restaurants. The event which is full of crazy emotions!
Huge preparations precede the gathering and start approximately in the beginning of the year.

For 9 years the team of the SALT® award seeks for the Ukrainian restaurant industry. On 28th of November 2021 there will be IX rewarding ceremony! 18 winners receive quality sign label which is copper pan by French brand de Byer.

Restaurateur Sava Libkin is one among people who gave a start for changes and innovations in the restaurant industry of Ukraine. While being a visioner of the award Savelii promoted its incipience, high quality organization and popularization. Chosen way of development and its support became an earnest of success: SALT® award is the most important event of national restaurant industry.